Clayton Arredondo September 19, 2022 Dog Experts Comments Off on Food waste on streets is the leading cause of stray dog ​​threat in Kerala, experts say 1 Views

The Disaster Management Act 2005 defines a disaster as any disaster, accident, catastrophe or major event occurring in an area, due to natural or man-made causes, and of such a nature or magnitude that it affects the ability of the population to cope Community exceeds the affected area. A few days ago, the Kerala government decided to invoke the provisions of this law to deal with a “disaster” – the increasing conflict between stray dogs and people in the state. The government has decided to take over vacant buildings belonging to its various departments to set up makeshift shelters for “stray dogs”.

An alarming number of dog bite cases have been reported in the state this year. In the first seven months, people suffered nearly 1 lakh of dog bites and there are now around 170 dog bite hotspots in the state. In the last two to three weeks this has turned into mass hysteria as the issue has received more attention in mainstream media and social media. For many in the state, dog culling is the only permanent solution. But is the mass culling of “stray dogs” the answer to the problem? Experts say no.

The root cause of the disaster

dr Narayanan MK, Director of Entrepreneurship at Kerala Veterinary and Animal Sciences University, says this entire problem is man-made. “The changes in our attitudes and social system have led to this crisis,” he says. “Dogs never had a life without humans. They always depended on us. And it was a brave animal in the animal population to follow or guide man during his nomadic times. Dogs have never left humans. However, the people left the dogs in between. They are all community dogs. They were dogs that lived with humans. However, we have separated them from the human community and eliminated the socialization aspect of dogs. So they wander around in places we call streets. We dumped trash on the same streets, and dog populations increased in and around such food sources. There is no dog that is referred to as a “street dog”. If there is no food on the street, then there are no street dogs.”

The number of stray dogs is around 2.89 lakhs, according to official records. However, NGOs and animal rights organizations say that is a gross underestimate and that the number of dogs roaming free can be anywhere from 6 to 8 lakh. “The increase in the dog population was the result of natural selection,” says Narayanan. “They have all the favorable conditions for their breeding on the street. The capacity of the food – the food available for a group – determines the number of dogs. If the holding capacity is greater, they have more chances of breeding.”

A study published in 2021 by researchers Shireen Jagriti Bhalla, Roy Kemmers, Ana Vasques, and Abi Tamim Vanak also supports this view that the densities of homes, bakeries, and garbage heaps were significant predictors of dog population size. And the solution the study suggested for reducing the dog population was to “reduce the carrying capacity of the environment by targeting these food sources.”

Because the population increase was the result of natural selection, mass culling of dogs won’t solve the problem, Narayanan says. “We cannot destroy all dogs. It’s against nature. Nature will then find other alternatives,” he says. “If our approach is to kill the community dogs by poisoning them, other dogs [that are less socialised with human beings] would replace her. And these dogs could be ones with unnatural and non-socialized behaviors. And that would lead to more conflicts.”

Problems with the existing approach

Vanak, an animal ecologist and conservation biologist and senior fellow at the Ashoka Trust for Research in Ecology and the Environment, says human-canine conflicts have increased in the country due to flawed and unscientific policies from successive governments. Interestingly, the Animal Birth Control (Dogs) Rules of 2001 – intended to control the dog population – were introduced by the Ministry of Culture. “This was a unique example of a ministry that had nothing to do with the stray dog ​​problem and issued a set of rules about it,” says Vanak. “If dogs were carriers of disease, the rules should have come from the Department of Health. But the rules were put in place by the Ministry of Culture because Maneka Gandhi was in charge at the time.”

Vanak adds that the ABC rules themselves are based on a flawed assumption. “It is believed that if you neuter the dog population, reproduction will decrease and the population will decline over time. That works when you’re on an island where new dogs aren’t coming in all the time,” he says. “But if you have a country with over 60 million free-roaming dogs, how are you going to sterilize enough animals for the population to decline? Even after sterilization, we put them back on the same streets where they were caught. Her behavior hasn’t changed. You are still the same animal. They can still bite and they can still hunt humans. So none of these problems will be eliminated by sterilizing these animals.”

A major problem with the implementation of the ABC rules is that the government has to spend around Rs 70,000 per year on a single ABC center if all of its specifications are to be met. According to the Animal Welfare Board of India ABC Rules and SOP, each ABC center shall have a fully equipped and air-conditioned operating room, a surgical preparation area, a room/area for cleaning and sterilizing instruments and a storage room for medicines and equipment, as well as 24- Hourly water and electricity supply. It should also have the capacity to house at least 50 dogs and there should be separate kennel arrangements for dogs brought in pregnant, wounded, sick or suspected of having a communicable disease such as rabies. Also, the ABC center must have a team consisting of at least one full-time vet, two para-vets, and three keepers and catchers. A para vet must be on site 24/7 to ensure post-operative care.

However, many of the ABC centers in the state did not follow all of these reasonable measures. Kudumbashree – a community organization of neighborhood groups of women in Kerala – also used to solicit bids for ABC programming. In December 2021, the Kerala High Court ordered the state government to ban Kudumbashree entities from conducting ABC procedures in the state as none of its employees were qualified to conduct the procedures. When Kudumbashree was prevented from doing so, the ABC program itself ground to a halt at many points.

dr Sushma Prabhu, a pediatrician and president of an NGO called People for Animal Welfare, says there has also been an ongoing outbreak of distemper – a highly contagious disease – since 2021, which also caused ABC programs to grind to a halt. All of this had a cumulative effect on the increase in the state’s canine population.

Capture, record keeping, surgical sterilization, postoperative care, release at the captured site, etc. are the practical issues that complicate the implementation of the ABC rules. It has also been observed that the released dogs are exposed to the same unsafe environment in addition to the stress caused by the operation. Another important observation is that feral dogs or non-socialized dogs are out of reach of dog catchers. And in many cases, the dog catchers have to use inhumane trapping methods. Vanak points out that current ABC rules are designed to allow for dogs on the street. This violates the Animal Welfare Act.

He is also against feeding dogs in public places. “By feeding dogs on the street you’re only increasing the population because they have the resources now,” he says. “Some would say that you have to feed them so that we can catch and sterilize them. Our studies have shown that most people don’t. Most people just feed the dogs. They do not take action by sterilizing or vaccinating them. So then all these ‘compassionate’ people add to the problem.”

What is the solution?

Both Narayanan and Vanak point out that improving human-canine interactions is the first step in resolving the “disaster.” “Dogs are companion animals. They are not wild animals. You shouldn’t mistreat them,” says Vanak. “If you love dogs, find them a home. adopt her Keep them indoors. Enforce strict rules for admitting and registering dogs. Also, make sure there aren’t many dogs on the streets. Build a shelter and take care of them in the shelter.”

Narayanan says only a local and decentralized approach can help solve the problem. “There are around 20,000 local self-governing districts. If we split up, we would see that each station has to deal with a small number of dogs,” he says. “The ABC rules say there should be a committee. This committee can also be replicated at the community level. The committee would identify where all food waste is thrown and where all street dogs are found. The number of dogs the station will have to deal with will be small. It will be easy to identify problem dogs that need protection. If our approach is to kill all of these dogs by poisoning them, other dogs would replace them. And these dogs could be ones with unnatural and unsocialized behaviors.”

Narayanan is a proponent of Early-age Neutering of Dogs (END), an approach that can be implemented along with ABC rules. Here’s the idea of ​​having puppies spayed and put up for adoption when they are two to three months old. “It’s a puppy-centric, long-term strategy,” says Narayanan. The END process is performed by keeping the testicles in men (vasectomy) and the ovaries in women (hysterectomy) under injectable or inhalation anesthesia. The puppies are then put up for adoption, resulting in better housing, food and vaccinations.

The researchers hope that the active reproductive age of dogs will average six years and the systematic implementation of END for at least five years will stabilize the canine population. The biggest advantage of the END program is that catching and controlling the animal is easy here. In addition, it is more economical since fewer resources are required. Studies show that the process is less traumatic for the dogs and there are fewer postoperative complications.

Previous Dogs of Ferndale: A data-driven look at the most popular names and breeds
Next Bank of Hawaii Co. (NYSE:BOH) Interest Update 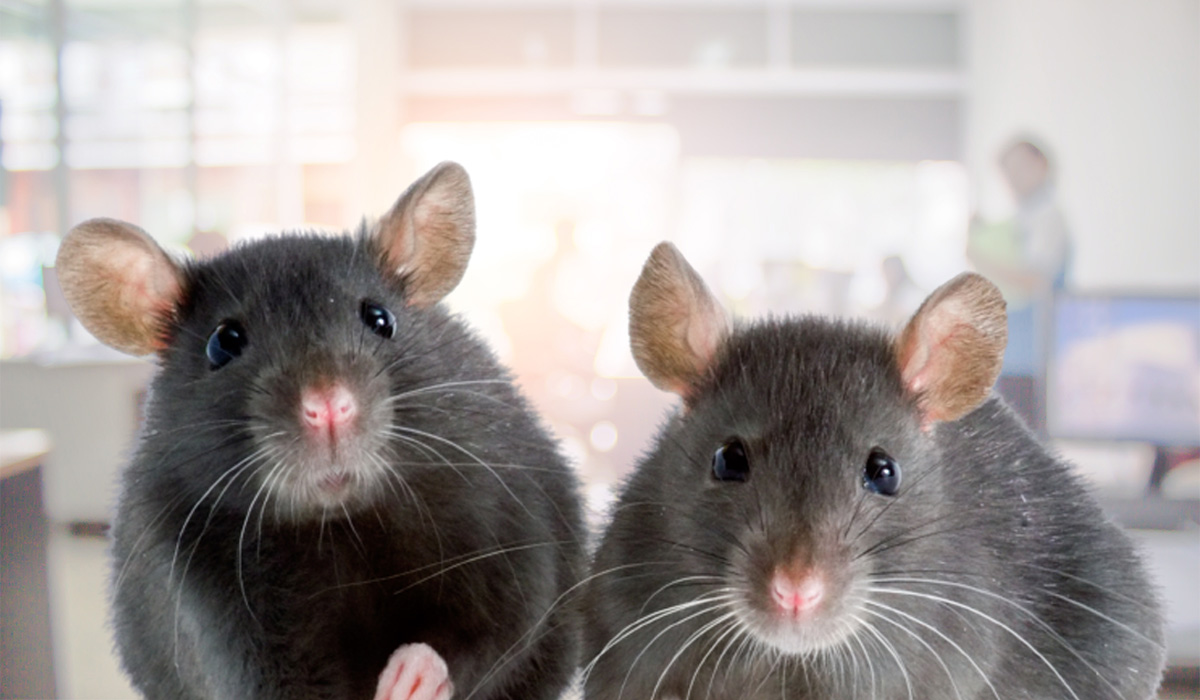